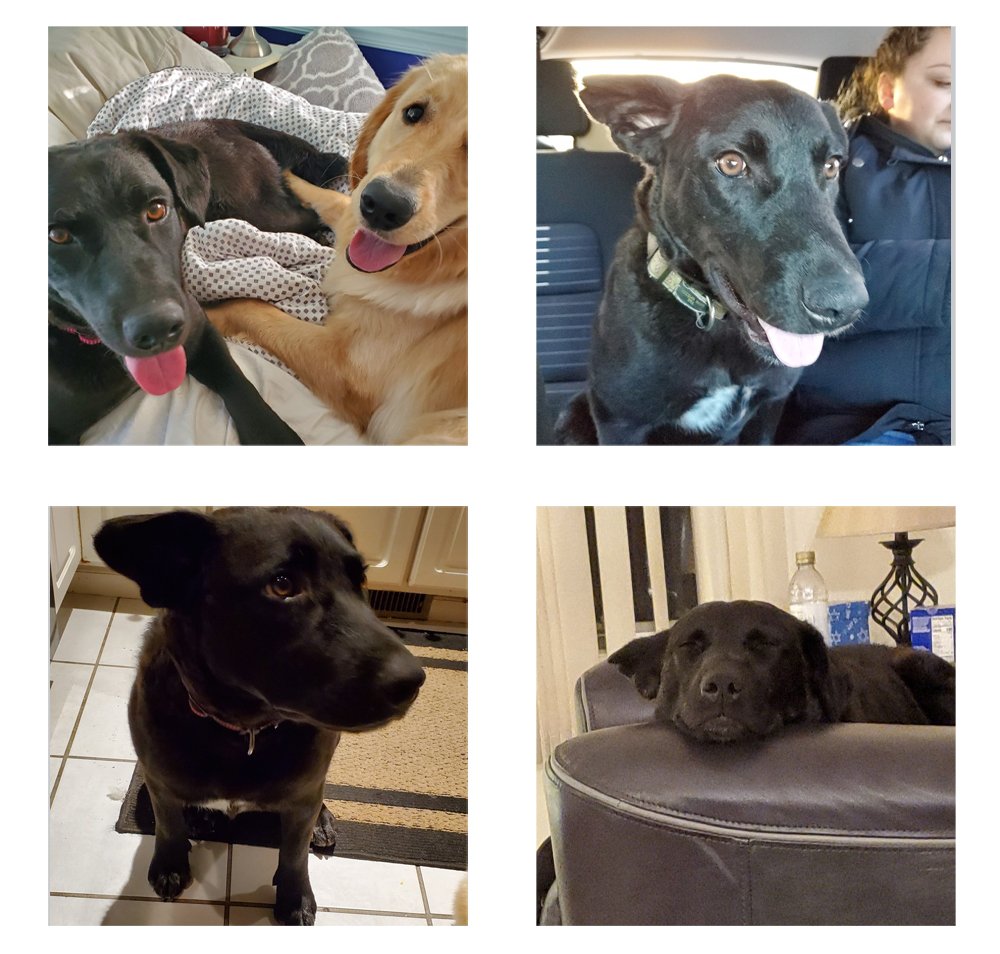 Beautiful Agatha, now Bailey, was rescued along with her sister Christie from a NYS puppy mill. They arrived at NCCR on October 5th. The mill people decided that they were too old and too big to sell so they were being kept tied to a tree.  They were wild and crazy girls on arrival, but little by little they settled in and before long Bailey was chosen.
Her family writes, “Thanks for checking on Agatha now we call her (Bailey), She is doing very well now, at first we had some trouble with her and our Golden Retriever getting along, there was some conflict. But now they are “best friends” and a lot of playing, tug of war, fetch and loves going outside to play and run. She is a smart girl and we just love her so much, such a good addition to our family!!  Thank you so much for all you do at NCCR.”
Bailey was adopted on December 20, 2019.
0A new name and a new life for Xena!Daisy and her new feline friend!