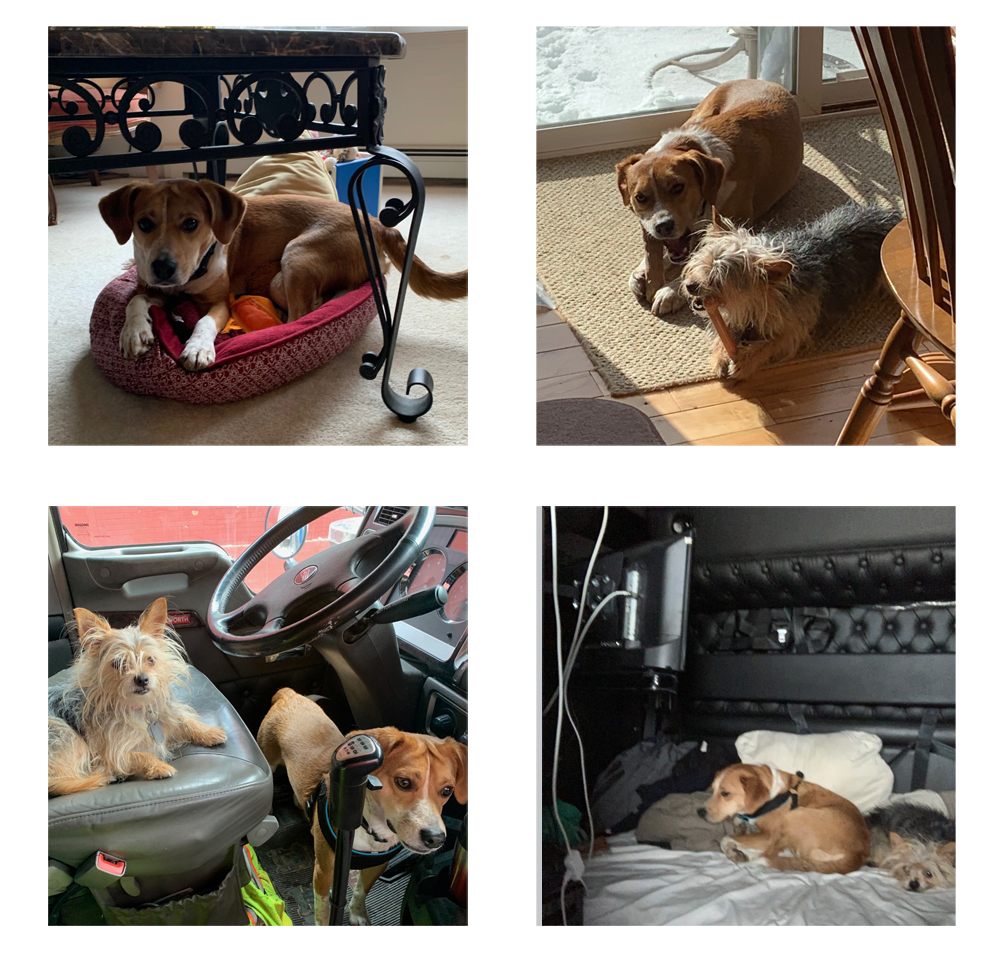 Freckles came to NCCR from an overcrowded shelter; he was adopted quickly, but returned a couple months later as he became overly protective of his “mom”.  Happily, he was readopted, and he’s still working on his people skills.  He gets along great with his “sister” Emma, even steals her little bed! His family says: “Freckles is so fast. We have a good time outside keeps me moving . He also ♥️ going for rides in the big semi. He’s learning to catch, lie down, off (the furniture) and so much more. ❣️”

Freckles was readopted in December 2019.