What is more irresistible than a Lab puppy?  Cute, roly poly, playful and we think, I really want one of these and it will grow up to be the faithful loyal friend that I have always read about.  But, the sweetness soon turns into the playful puppy antics of  grabbing, nipping and typical obnoxious behavior.  Their baby teeth become sharper and the nipping now really hurts so we don’t spend as much time with them or properly correct them when they do wrong.  As they grow,  so does bad behavior unless they are trained that good behavior brings about good responses, treats, attention and more interaction with their owner.

This is what happened with big, bouncy, beautiful King.

King arrived at around 80 lbs, 1 year old, totally untrained with many bad behaviors, jumping up, grabbing at anything that he perceived as something to play with.  It might be a leash, an arm, whatever was there. He had not  learned how to walk on a leash, so walking was all about  pulling, jumping up, pretty much doing whatever he desired. He was so enthusiastic about being free in a yard that he enjoyed playing “catch me if you can”, but if he could catch you off guard you became the object to pounce on.  King is now learning what he should have learned as a small pup.  He has learned that walks are fun, but still needs reminded that he is not the one that is in charge. 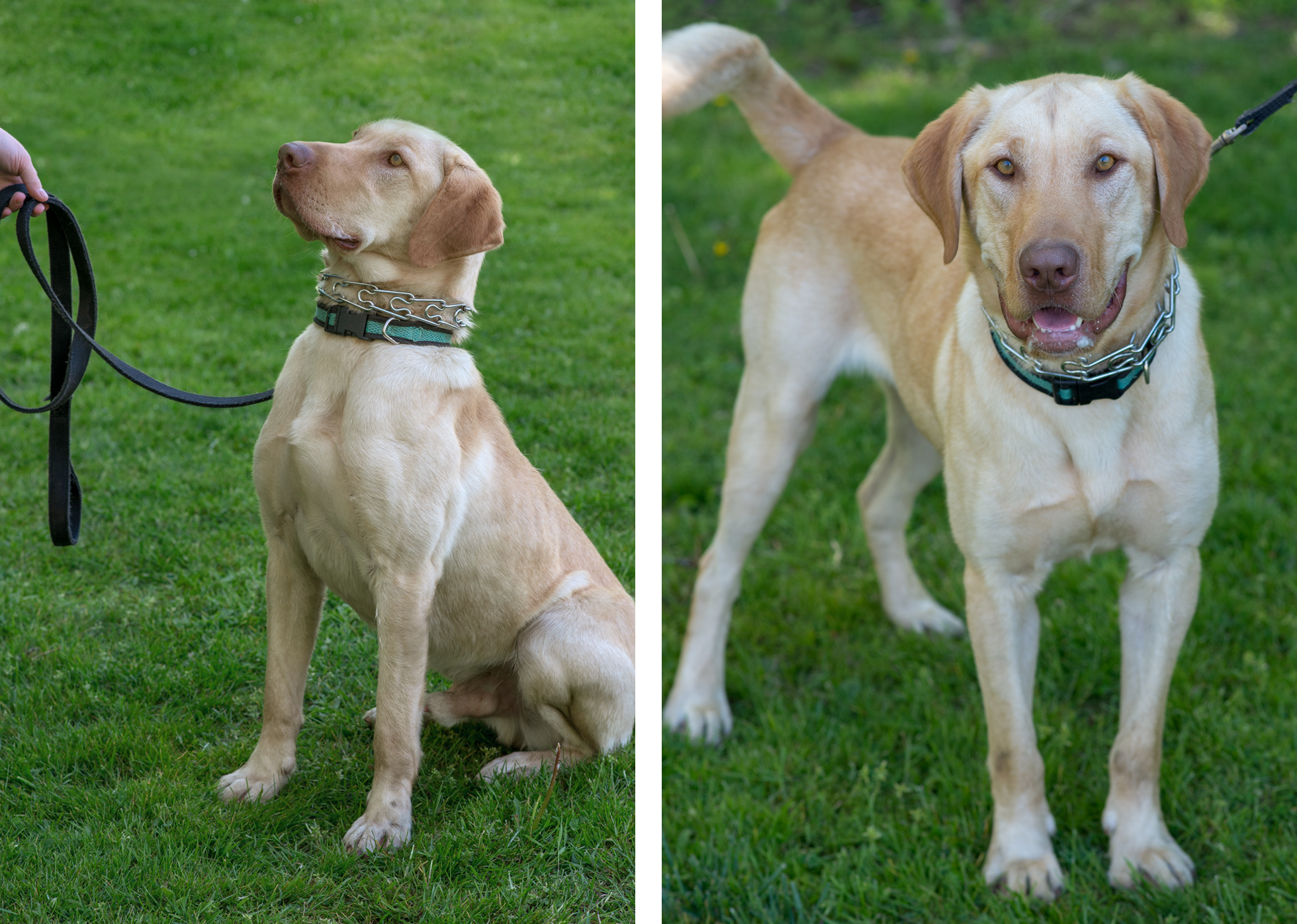 All In The Family

And the winner is….